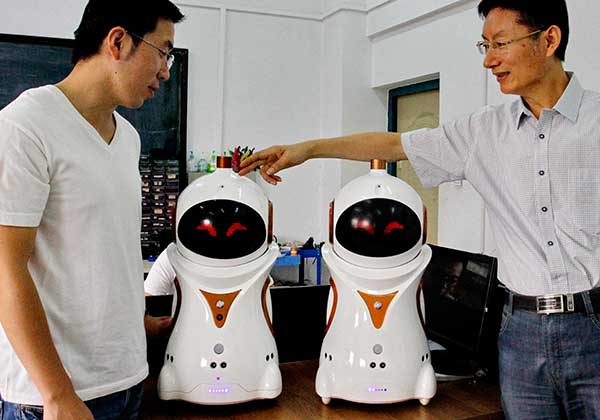 China now has one of the fastest growing ageing populations in the world.

China’s seventh national population census, from 2020, states that people aged 60 and older already totaled 264 million, or 18.7 per cent of the population that year. And this percentage is projected to reach 28% of the total population by 2040, according to the WHO. This means that China has to find solutions to accommodate the care for and needs of the elderly, since the younger Chinese already have to maintain and expand the rest of the economy.

In Chinese culture, care for one’s parents is of paramount importance. In its latest Five-Year Plan, the Chinese Communist Party has pledged to put an end to the loneliness of the elderly and improve their quality of life. The use of assistive robots and other virtual care technology, such as wrist bands that monitor blood pressure, heart frequency and body temperature, and that alert a physician or family via a smartphone app when something extraordinary happens, are developed for the Chinese elders.

Examples of rehabilitation robots are artiﬁcial limbs and exoskeletons. Functional robots can support the elderly with various daily tasks, from eating and bathing, to toileting and getting dressed. Affective robots are like pets. They provide emotional support, and can also assume certain health and life assistant responsibilities, such as medication reminders. Robots can also help the elderly to detect intruders, gas leaks and other dangers.

China’s robotics sector features prominent research institutes such as the State Key Laboratory of Robotics and System at Harbin Institute of Technology, which develops fundamental technologies that can be used throughout China’s service robotics industry.

Big IT-enterprises, such as Baidu, Alibaba Group, JD.com and Lenovo also invest in the sector, mainly through robotics startups. They bring in their own capabilities in terms of AI, cloud computing and big data resources, which is a huge advantage when developing robots. According to Ageclub, China had 72 companies operating on elderly care robots in 2021, most of them focusing on rehabilitation robots. 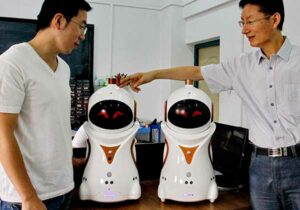 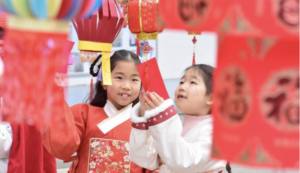 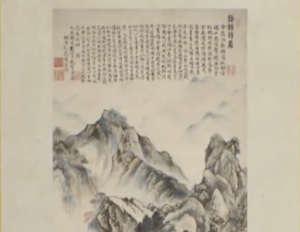