Annette Nijs founded The China Agenda in November 2018. She is a China watcher, economist, commentator, writer and guest speaker. Annette also is an experienced Board Member and Advisor to the Board. Annette’s areas of focus are: geopolitics, China-EU relations, economics, innovation, higher education, entrepreneurship, co-operation across borders and the dynamics of China’s society and corporate culture.

She is highly respected for her knowledge about global economic, industrial and innovation trends. She is appreciated for her deep insights into world politics, the China market, Chinese management culture and the global rise of Chinese companies. Also very familiar with the EU and the Western business world, Annette is regularly approached for her interpretation of the developments of the China-EU relation and her insights and advise on China-EU business opportunities. Annette has an extensive global network in political, government and business circles allowing her to make extraordinary connections. 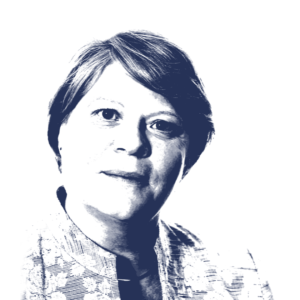 President and Chair of the Global Executive Board
BSN, a private ‘action learning’ business school, which teaches in Europe, China and Africa.
www.BSN.eu

Member of the Board of Directors
Aurissey, a company specialised in corporate diplomacy.
www.aurissey.com

Member of the Supervisory Board
The Hague Partners, umbrella organisation of The Hague Marketing Bureau, The Hague Convention Bureau and The Hague Business Agency.
partners.thehague.com

Member of the International Advisory Board
Nyenrode Business University, The Netherlands
www.nijenrode.nl

Member of the Advisory Council
Sino-International Entrepreneurs Federation, SIEF, ‘Builidng extra-ordinary connections’.
SIEF is founded by LONG Yongtu the chief negotiator for the accession of China to the WTO.
www.sief.org

Annette published her second book on China called ‘The China Factor‘ in English in July 2019. Her first book on China ‘China through different eyes’ was published in 2009 in Dutch in her home country The Netherlands.

For a decade she was the Executive Director Global Initiative of CEIBS, China Europe International Business School. CEIBS is the #1 business school in Asia and its MBA currently is globally ranked in the top 5 by the Financial Times.
www.ceibs.edu

Annette is a former Cabinet Minister for Education, Culture and Science in the Netherlands
(2002 – 2004) and a former member of the Dutch Parliament (2005 -2006). She established the Europe China Institute at Nyenrode Business University. She started her international career working for Shell for more than 10 years in Europe, United States, Middle-East and Asia in finance and commercial bottom-line managerial roles.

Nijs is an alumnus of Harvard Business School (AMP in May 2010), holds an Executive MBA from London Business School (July 1999) and received a Master in Macroeconomics of Erasmus University Rotterdam (June 1987). Annette received the ‘Chamber 10’ certificate from Hemingway Professional Governance.

Annette received the Knighthood of Orange-Nassau, a Royal Decoration of the Netherlands in 2004.

In 2015, she received the Chinese Government Friendship Award, the highest recognition of the Chinese central government for foreigners who made an outstanding contribution to the relation between China and the rest of the world.

Related articles • About Us